The creation of MES was conceived in several meetings and initiatives realized the previous years of their foundation on 29 of January 2004. To be emphasized:

The Area of Manufacturing Processes Engineering Meeting was held in Cadiz spontaneously and without prior call by the conference attendees in the National Congress of Mechanical Engineering, professor Miguel Ángel Sebastián and professor Enrique Ares. It can be considered the forerunner of MES.

After a summary of the history of the area and the previous meetings, the Decalogue of the main problems and critical aspects of the situation as well as its evolution was presented. It was confirmed the lack of organization and structure of the MPE Area members to give an appropriate and efficient pressure to the necessary places.

There were several proposes to deal with this problems. The professor Miguel Ángel Sebastián proposed, for first time, the idea of creating an association which include all MPE Area members. Due to the showed interest of the attendees, it was agreed to call a formal meeting with more people in Madrid.

This meeting was held in Madrid on the motion of Miguel Ángel Sebastián in order to introduce all these members that weren’t on that unplanned meeting in Cadiz and allow more member representation to take decisions and initiatives. Eighteen Spanish universities were represented, fact which implied the most number of universities with an Area of Manufacturing Processes Engineering and the point where MES was conceived.

Each university representative made a brief description of the situation in the Area of Knowledge in its university and presented the different strategy valuations in order to solve the current problems and future challenges.

The main outlines were analyzed, classifying them into short, medium and long-term actions in order to make easier conclusions. They were exposed as threatens, weakness, opportunities and strengths.

It was presented the document Situation and Actions in the Area of Manufacturing Processes Engineering.

It was requested the creation of a PhD in the area of Manufacturing solving the required minimum of students problem in the smaller universities with inter-university studies.

The most people demanded an initiative to concrete the future collaboration inside the Area of Manufacturing by the creation of an Association as the most suitable forum. After the creation approval it was agreed a Management Committee and the different work groups that will collaborate:

Is was agreed the drafting of the association statues, proposing the presentation of the first draft in a next meeting, in the University of Zaragoza, at the same time of the first investment of Honorary doctorate in the Area, on the motion of professor Fernando Torres.

In this meeting of technical nature, took place over two days with the aim of present an overview from the work groups activities, proposals and conclusions: the different academic, research, certification, mobility, publications and web site aspects of the association.

On the motion of professor Fernando Torres, at the same time was the investment of Honorary doctorate in the University of Zaragoza to professor Tilo Pfeifer from the Aachen University, the first one in Spain in the ambit of the Area of Knowledge of Manufacturing Processes Engineering.

There were commented the news about the map of degrees presented in the framework of Bolonia, setting out the need of knowing the established standards to select and contract the different professor figures provided by the Spanish Organic Law of Universities (LOU) including the proceedings of certification and qualification.

It was set up the needing to analyze the ability of the Area of MPE in the different universities to receive training professors or research scholars.

It was considered the necessity of sharing information about research projects, including the method of funding as well as the available equipment of each university.

The Management committee exposed the draft state of the association statutes, proposing their approval in the next meeting when the constituent assembly of the association will take place. The second day, were given additional amendment to the status drafts. 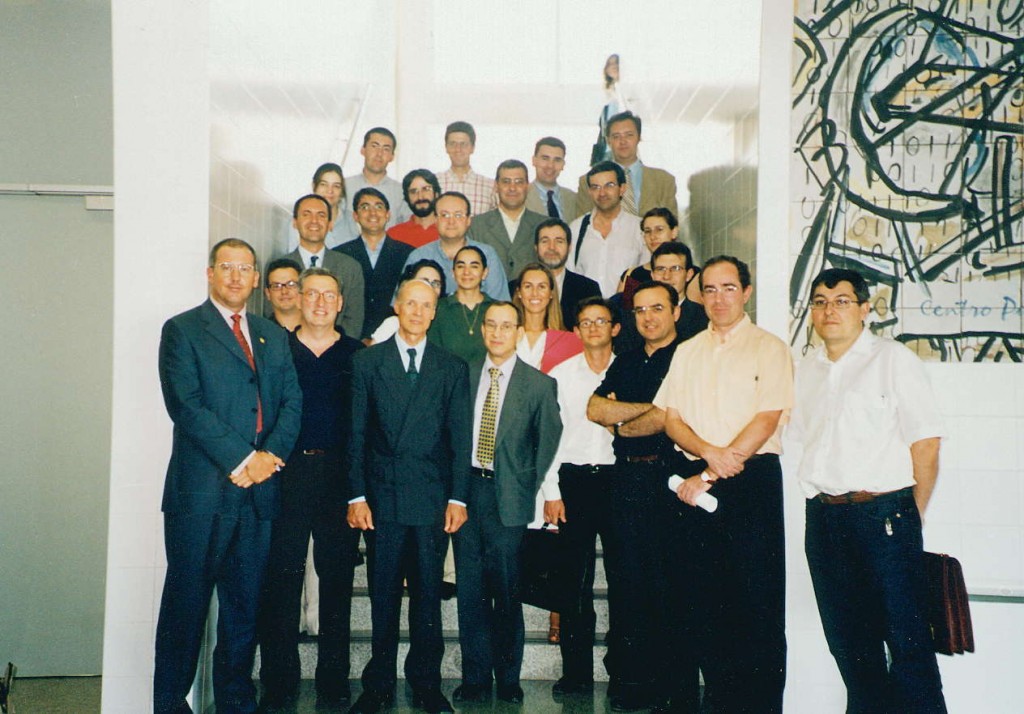